The Studio 54, the money, the fashion, the drugs, Liza Minnelli, the mini-series “Halston” produced by Ryan Murphy is a digest of what was the glory, then the downfall, of the American fashion designer Roy Halston embodied by Ewan McGregor.

Roy Halston Frowick. This name does not evoke anything in Europe while it is the equivalent of Yves Saint Laurent in the United States. The man dressed the biggest stars of the time, from Lauren Bacall to Jackie Kennedy, from Liza Minelli to Elisabeth Taylor, while making his luxury goods accessible to the middle class. “I want to dress everyone in America,” he said.

>> To see, the trailer for the Netflix series:

This is the first merit of “Halston”, Netflix miniseries in five episodes, produced by glamor expert Ryan Murphy (“Nip / Tuck”, “The Prom” or “Hollywood”): evoking the journey of ‘an unrecognized man here, who has known fame and excess before being dispossessed of his brand, his name, and overcome by the constraints of a cruelly demanding economic model.

We will know little about the childhood of Roy Halston Frowick, born April 23, 1932 in Iowa, except by a very moving scene where the couturier delves into his olfactory memory to create a new perfume.

The series begins with its first consecration. On January 20, 1961, during the investiture ceremony of JF Kennedy, Jackie wears a hat imagined by the one who was first a model maker. The success is immediate and the name of Halston becomes a reference. Thanks to a rich investor (Bill Pullman, ambiguous at will), the talented couturier will rise in the business world. Halston will have his tower, his empire and will decline his name in many derivative products. 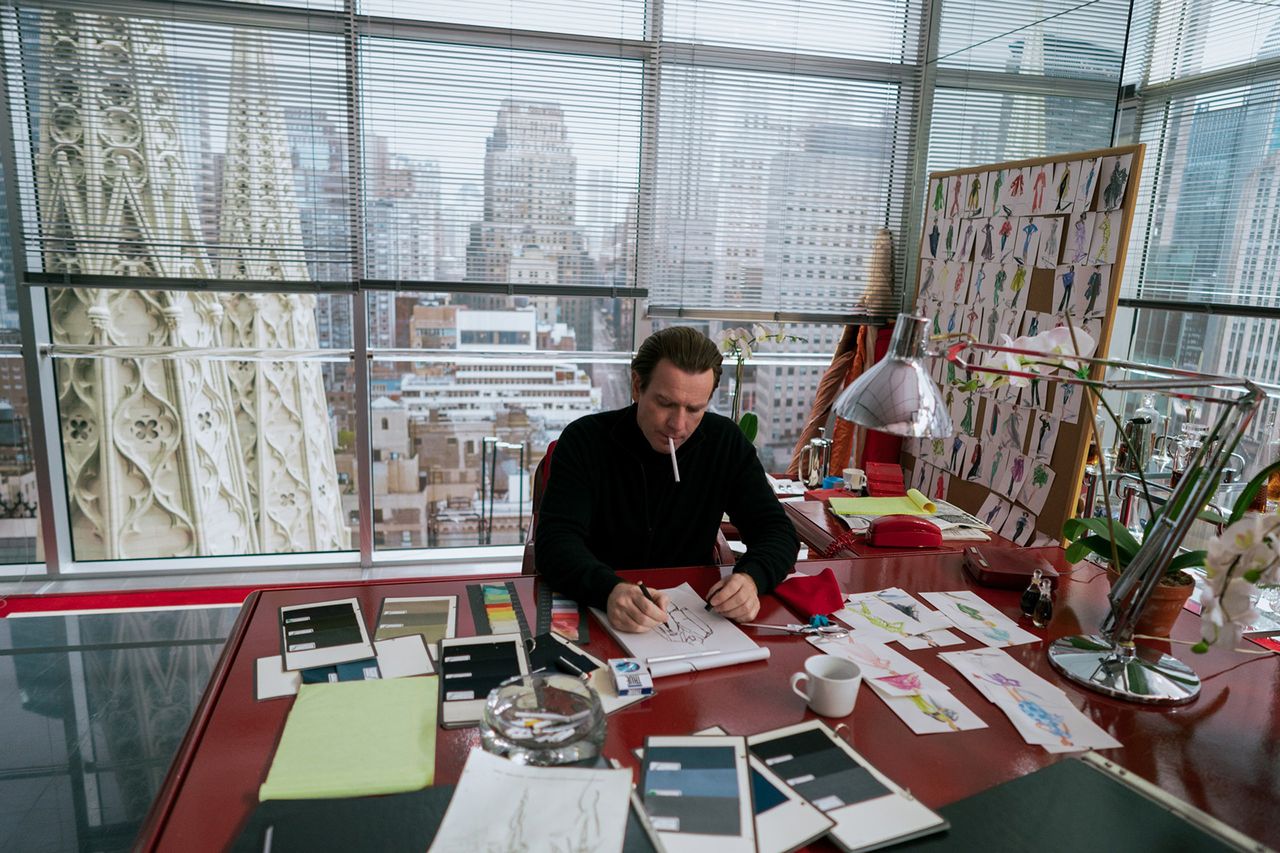 Ewan McGregor plays Halston, a star designer of the 70s and 80s in the United States. [Netflix]

But what is success worth without its dark side? Those whole nights spent at Studio 54, most often with her inseparable friend Liza Minelli (perfectly reincarnated by Krysta Rodriguez), these drug and sex addictions, this blind megalomania, this annoying contempt for competitors, these friends who betray, these lovers who rip off and above all a fashion industry run by financiers who dispossess artists by buying them.

>> To see, the real Halston in the documentary by Frédéric Tcheng:

By adapting Steven Gaines’ book, Ryan Murphy and Ian Brennan retrace with glitter and intelligence the rise and fall into hell of a character with brilliant talent, but often despicable temperament. They also attach a welcome importance to creation and artistic gesture.

Much of the quality of the series is based on the play of Ewan McGregor, sublimated by this role of narcissistic and uncontrollable artist, who smokes cigarette after cigarette and spits the name of his rivals with a masterful disdain. The Scotsman never does too much in this too much world.

For those who are indifferent to fashion, the series offers other pleasures, such as the recreation of New York from the 1970s to 1980s, a dive into the fascinating decadence of Studio 54 and the arrival, in general indifference, of AIDS that claimed Halston’s life in 1990.

A proposal from Antoine Bal