A Wyoming rancher who was pinned down by an all-terrain vehicle survived on nothing but beer and bottled water for two days until he was rescued by a search team.

Frank Reynolds, 53, was trying to round up a cow and calf in a neighbor’s pasture outside Gillette when the vehicle rolled over on him on Sunday, Reynolds told the Gillette News Record.

“It was scary as hell is what it was,” a badly bruised Reynolds said Wednesday from a hospital room. 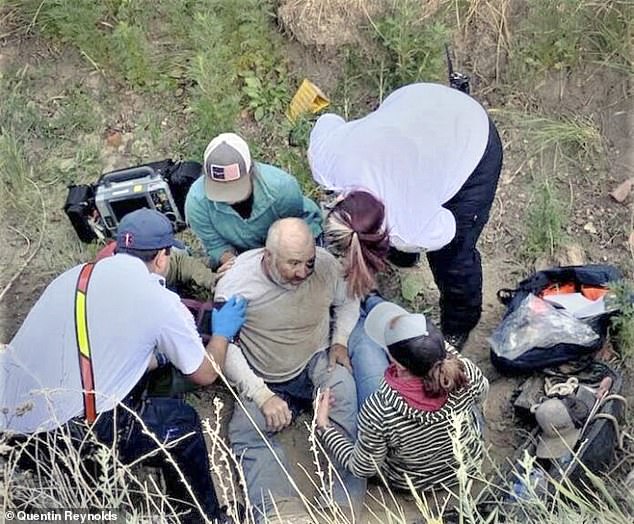 Wyoming rancher Frank Reynolds is pictured being rescued from a dry creek bed on Tuesday, where he had been trapped under an overturned ATV for nearly two days 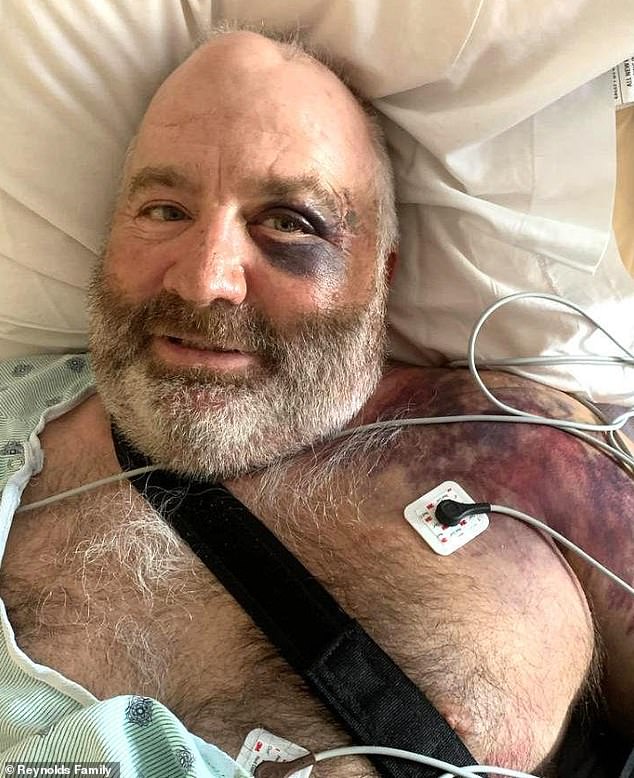 Reynolds, 53, is pictured bruised in hospital after his rescue. He was driving around a cow and calf when his vehicle overturned on him on Sunday

The family believed Reynolds had gone camping or was out with friends, said Quentin Reynolds, Campbell County Deputy Sheriff and Frank’s brother.

Later Monday, they started to worry. Eventually, they learned that Frank had planned to do some work on the property where, unbeknownst to them, he lay with a dislocated shoulder and broken ribs.

Meanwhile, Reynolds, trapped in the bed of a dry creek, honked the ATV so hard that he used up the battery – to no avail.

He was able to ration a few bottles of water and Keystone Light beers in a cooler he brought with him, Sheriff Scott Matheny said. 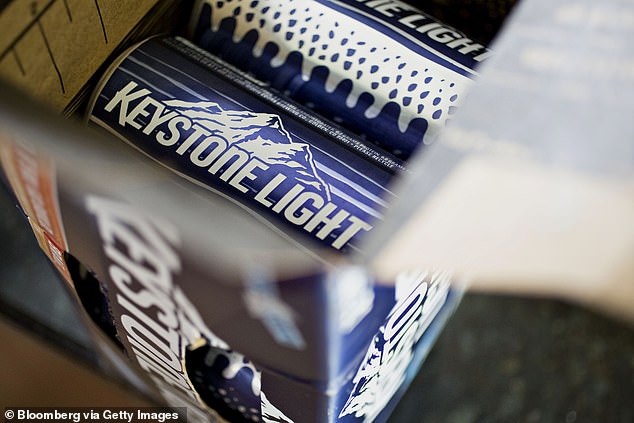 Riding through the rugged terrain, neighbor Don Hamm finally came across the missing rancher on Tuesday shortly before 8 a.m., more than 40 hours after leaving his home. At this point Frank remembered that he was “pretty much beside himself” with the pain and dehydration.

“Everything on the left side pretty much hurts from the top of my head to toe,” he said.

A photo taken at the hospital showed the beer-loving breeder with black and purple bruises on his left shoulder and under his left eye, and a large lump on his head.

“He’s really lucky the drinks fell within reach of his right arm,” his brother said.

He was to stay in the hospital a few more days and eventually recover.